The Self-service Revolution and Customer Engagement

Piggly Wiggly in 1916, under the guidance of the pioneering retailer Clarence Saunders, revolutionised the shopping experience. By his idea, of not serving each customer by hand but rather individually pricing items, putting them on a shelf and suggesting customers help themselves, he planted the seed that a little under a hundred years later lead to the endless frustration of “unrecognised item in the bagging area”.

During this intervening period retailers, airlines, hotels and even hospitals have adopted the self-serve culture with considerable enthusiasm. Sainsbury’s in the UK for example not only provide self-checkout solutions but also a handheld device to scan items as you walk the shop. But it is possibly the travel industry that has done the most to replace its staff with technology and encourage customers do the work – you can book your trip via an app, print your own boarding pass, scan it at a machine, swipe your own passport at the gate and even (for some airlines) weigh your own luggage and haul it on to the belt yourself. 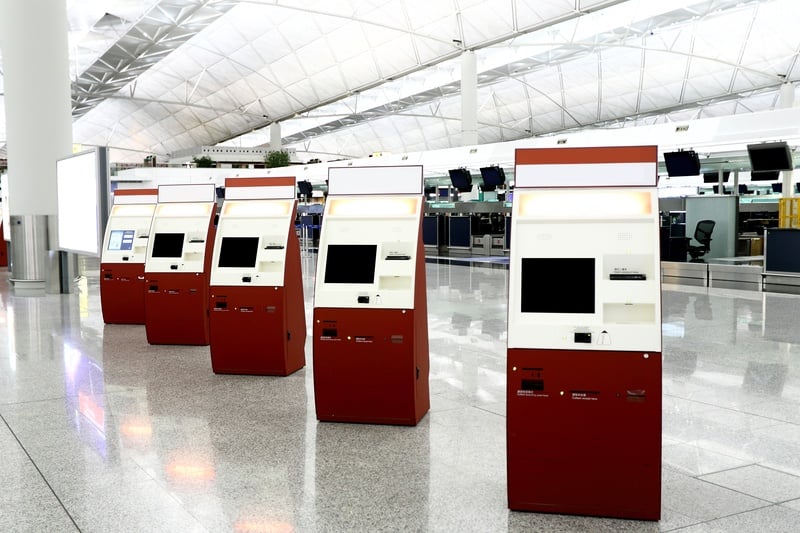 Then at your Hotel you are not met by a human but rather a self-check in screen that issues a card for you to scan at your room for entrance. The benefits of this “self-serve” revolution for the providers are legion, not at least the reduced wages bill but rather the wholesale farming of customer behavioural data and the ability to track the customer journey from the moment of the first search, “hotel in Paris” though to the return back home; or from the moment the customer searches on-line for that new camera to the moment the take delivery from TNT.

For the introvert the self-serve culture could be nirvana, the potential to travel thousands of miles from your home to hotel bed without having to speak to a single fellow human. However, not everyone is pleased by the revolution; Craig Lambert has dubbed this economy as “Shadow Work”: I define shadow work as all the unpaid jobs we do on behalf of businesses and organizations:

We are pumping our own gas, scanning our own groceries, booking our travel and busing our tables at Starbucks. Shadow work is a new concept, so as yet, no one has compiled economic data on how many jobs we, the consumers, have taken over from (erstwhile) employees. Yet it is surely a force shrinking the job market, and the unemployment it creates is structural. Thanks in part to this new phenomenon, widespread joblessness could become entrenched in the social landscape

Indeed, Lambert goes even further and suggests that this self-serve economy will lead to the destruction of commerce as we know it: "Shadow work is squeezing out entry-level jobs that have launched countless careers. These jobs at the base of the economic pyramid pay little but lay the foundation for everything that rises above them—and as with any structure, when the foundation crumbles, the superstructure may collapse as well."

It is however a rather too negative analysis. Most people welcome the benefits that self-service offers. Anyone, who has turned the corner from a corridor at the airport to the large expansive queueing area funnelling hundreds of people through passport control at Heathrow airport and then compared it to the much shorter and fast moving queue to one side for those with e-passports, will know the sense of relief. Or indeed patients who have stood frustrated at the reception of a large hospital not knowing where to go, who to speak to, or how long their wait will be, are considerably comforted once they have engaged with the systems provided by queuing management providers such as Qmatic. 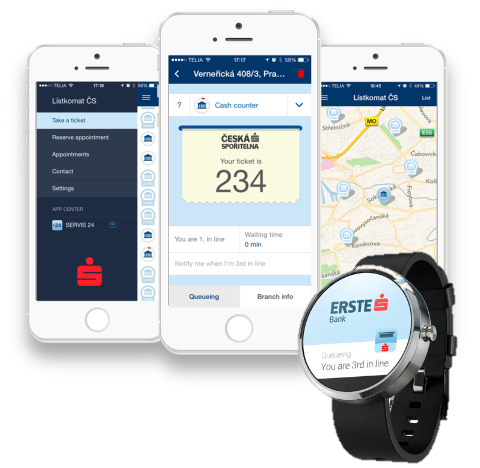 Moreover, these systems not only reduce stress but also increase efficiency within the hospital by flagging metrics such as missed appointments, a constant bug bear for the NHS. What this rapid process of technical development and self-serve has created, some argue, is a sharp division between economy class customers and those willing, or able, to pay for luxury. Passengers who fly Virgin Upper Class are met at home by a chauffeur, have their bags carried for them, and a human not technology ushers them through to the plane. It would logically follow then that luxury retailers would spurn technology; however this too is a misleading assumption. Burberry are frequently referenced as the pioneers of Digital in luxury and offer perhaps the best conclusion to why they have adopted it so readily:“

Technology is an intrinsic part of most people’s lives,” believes Christopher Bailey, chief creative officer. “All we’ve done is make sure to weave technology into the fabric of the company”. “This is how customers live,” echoes its (now departed) CEO, Angela Ahrendts. “They wake up with a device in their hand and life begins.” So “life begins with technology” has become the retailers, travel company and healthcare providers mantra, but it has to be accepted that the more they embedded it in to their customer engagement the more they risk the chance that we will uncouple.

Retailers have found people less willing to travel to large impersonal out of town mega-markets, complaints about automated call centres have forced banks to revert to people answering phones and the mini-boom in farmers markets and artisan goods hint at a desire to return to the personal and small scale one to one service. There is no doubt that used correctly technology can improve the customer experience and generate efficiency but we are dangerously close to becoming slaves to the machine. 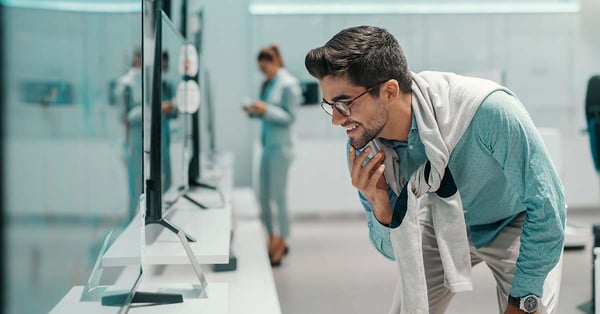 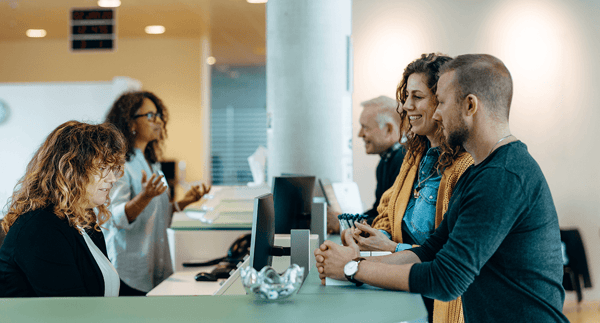 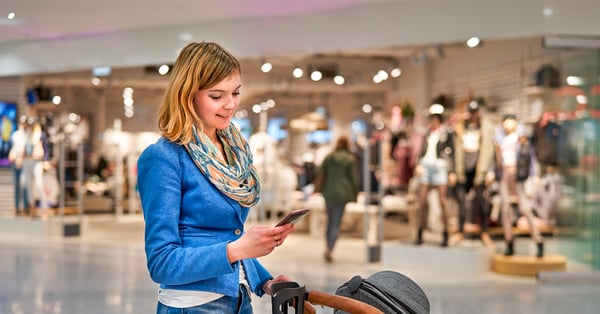 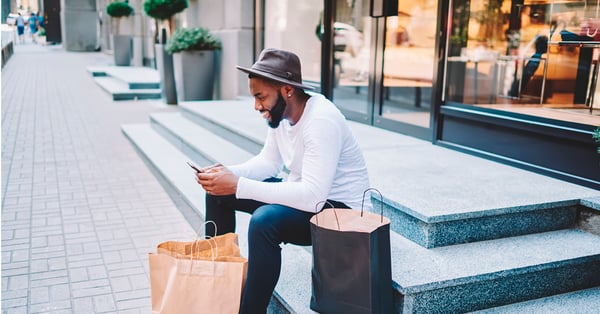 What is customer flow and how to optimize it 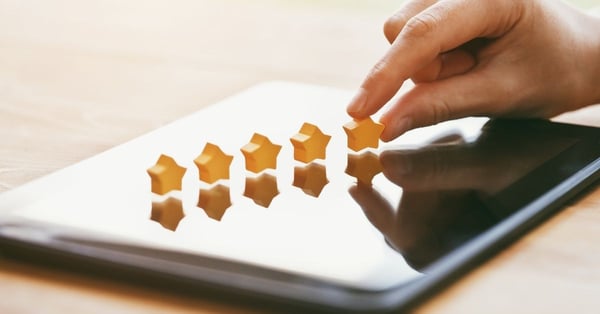 The benefits of improving customer experience in your business 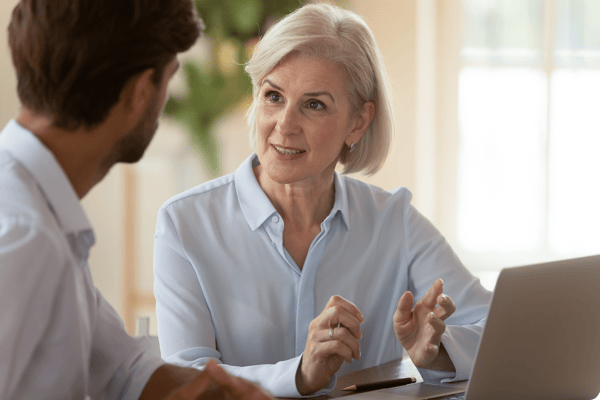 How to improve the experience along the banking customer journey