If you ever wondered – this is why you wait in line and why you hate it.

According to an article in New York Times (1), Americans spend roughly 37 billion hours each year waiting in line. The dominant cost of all this waiting is an emotional one: stress, boredom, that nagging sensation that one’s life is slipping away. 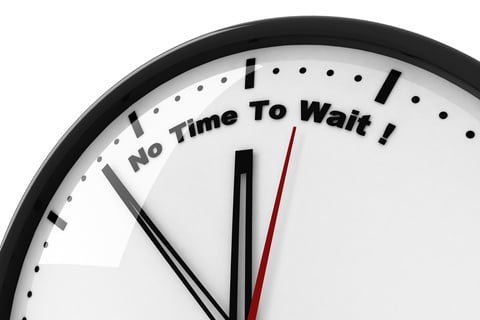 In a recent poll of shoppers in the UK, US, Canada, Australia, Germany, Italy, Russia and Singapore shows British shoppers will do almost half their Christmas shopping in 2013 without stepping into a store, with many saying that the reason is that they want to avoid Christmas queues. The UK figure compares with 35 per cent of international shoppers who are planning to do the same. (2).

So in this age of the customer, why do we wait in line - and why do we hate it so much?

The reason why queues form is quite simple to answer: there are more customers than people to serve them. The more interesting question is how it makes us feel – the emotional side of the coin. David Maister the former Harvard Business School professor wrote an article already in 1985 called the psychology of waiting lines.

He formulated “The First Law of Service”, a simple, but yet powerful formula:
S = P – E
In this formulation, ‘S’ stands for satisfaction, ‘P’ for perception and ‘E’ for expectation. If you expect a certain level of service, and perceive the service reviewed to be higher, you are a satisfied client. If you perceive the same level as before, but expected higher, you are disappointed and, consequently, a dissatisfied client. The point, of course, is that both the perception and the expectation are psychological phenomena.

David Maister set down the following propositions concerning the psychology of waiting lines:

The M.I.T operations researcher Richard Larson widely considered being the world’s foremost expert on lines notes that “Often the psychology of queuing is more important than the statistics of the wait itself”. Mr. Larson’s research on queuing has shown that, on average, people overestimate how long they’ve waited in a line by about 36 percent.

Being in the business of Customer Experience Management in a company with operations in more than 100 countries also gets us exposed to some pretty interesting cultural differences when it comes to waiting in line.

In some regions there are certain unwritten rules one must abide by in a queue, the most important being do not queue jump. It is often considered socially unacceptable, to break the golden rules of waiting in line. If you are seen queue jumping in some establishments you will be thrown out. Saving spaces for people in queues is also frowned upon - if you leave the queue you must then go to the back of the queue.

However, in some cultures, the notion of a structured waiting line does not apply at all. This is why I as a Swede get so upset when the German skier cuts across in the waiting line to the lift when I am in the Alps skiing. Or why the pulse of my colleague from the UK goes up when someone is breaking the unspoken waiting structure at the bus stop.

So, managing how customers wait is critical. Be it with traditional queue management system, appointment booking system, mobile queuing or any other well established means of matching demand with resources.

If you can deliver a customer journey that is perceived as fair, that is not wasting customers’ time, that is easy to understand and that provides value you are on the right way. You will then be able to influence the most important benefit - the impact on something which is invaluable, yet largely intangible: your customers’ experience of your brand.

If you fail – well, then go back to the end of the line and try again…